What if there was an infinite source of power, available for free all day every day?

Save for nighttime, cloudy afternoons and friajes (mini monsoons), the sun is strong in the tropics, delivering a good swathe of its estimated 400 yotta, or 4 to the power of 1026 watts (that’s a 4 with a thousand zeros after it).

Which for any earthly purpose is pretty much infinite.

As we know, the plant kingdom long ago evolved the ability to transform solar energy into a storable form (i.e. food.). During photosynthesis, solar energy catalyses the process of turning carbon dioxide and water into glucose and energy. Extremely neat, and, of all the planetary systems, probably the most fundamental.

Yet plants only filter about 1% of the sun’s energy, receiving light in the blue and red ranges of wavelength, and reflecting the rest – which is why plants are green!

A very brief history of the photovoltaic cell

It began life in 1839, when Edmund Becquerel discovered chemical processes that could transform light into electricity. The first, operational cell arrived more than a century later, through the work of Fuller, Pearson and Chapin, who were researching power sources for remote telephones at Bell Laboratories.

At a stretch of the imagination, a solar panel, with its thousands of cells visible up close, is a a kind of techno-leaf. The analog ends there.

Rather than converting carbon dioxide and water to sugar and oxygen in a classic organic transformation, photovoltaic cells belong to the inorganic realm of the mineral kingdom.

Simply put, photons – particles of light from the sun – knock out electrons from the orbits of atoms, releasing the electrons’ potential energy in a flow of electrical current.

What are solar panels made of?

Silicon, as the medium of the PV cells, usually inlaid with phosphorus or boron to optimise the flow of electrons, encased in a glass sheet, and held together by an aluminium frame.

Far as the solar panels go, yes, that’s it.

However, there a couple of other bits of electronic wizardry required to transform the current delivered by the PV cells into usable, household electrical power. These are batteries, which store electrical power, and an inverter, which manages the inflow of current from the solar panels to the batteries, optimising their level of charge.

We researched many options  for Sipapu’s particular requirements. A thorough study of sunlight hours, humidity, cloud coverage and other weather conditions, as well as detailed load specification (how much electrical would be needed and when) was crafted during the Sustainable Energy component of the 1 year GAIA Education for Sustainability Case Study completed in 2019.

And finally finally, after a lot of CoVid lockdown logistical deliberation, we went ahead with the installation!

We’re very pleased with the results!

A big thanks to Jonathan Bloch and the team from Soleil Ambiental. If you’re in the area and thinking of going solar (you should be) you can find them on Facebook.

Panels and team arrive at  the port… 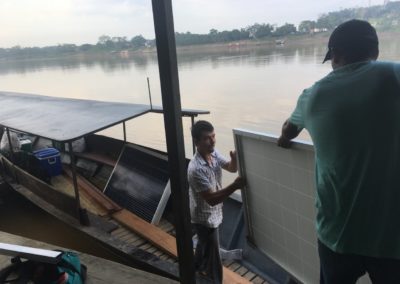 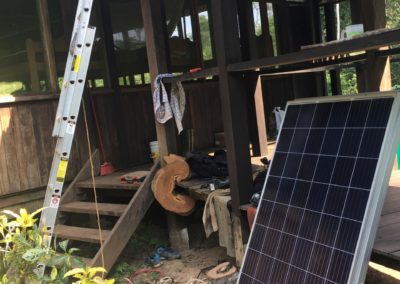 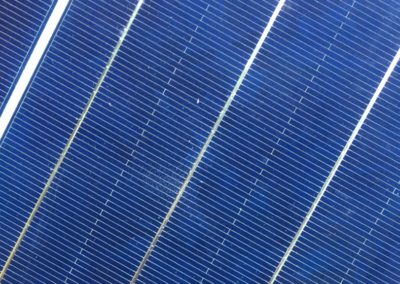 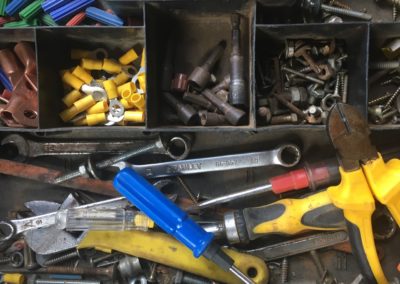 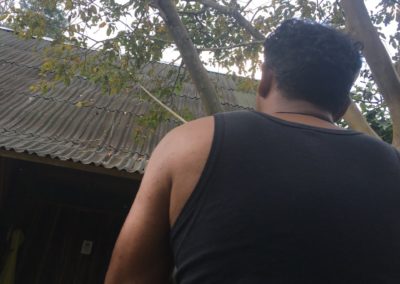 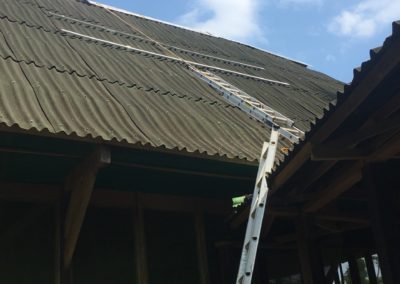 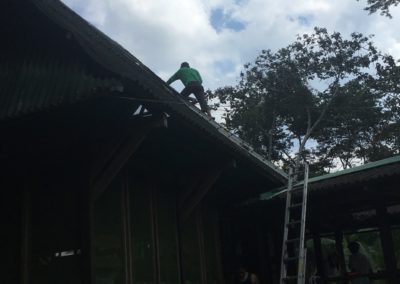 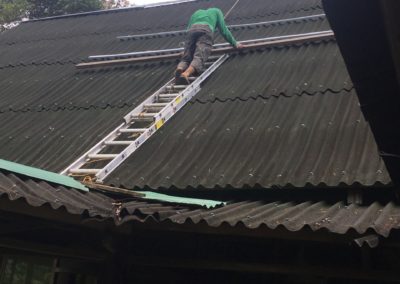 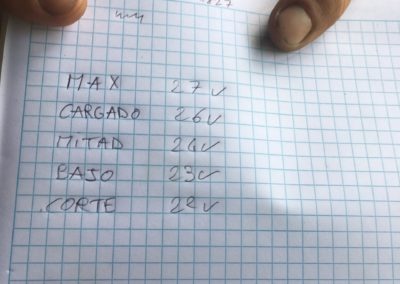 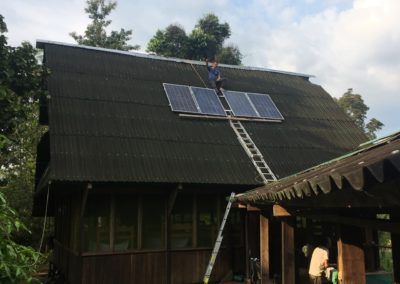 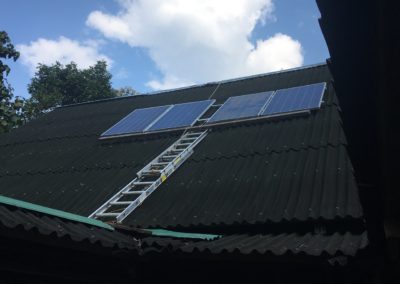 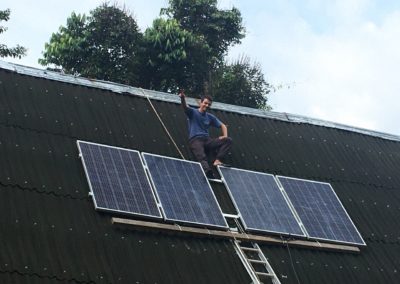 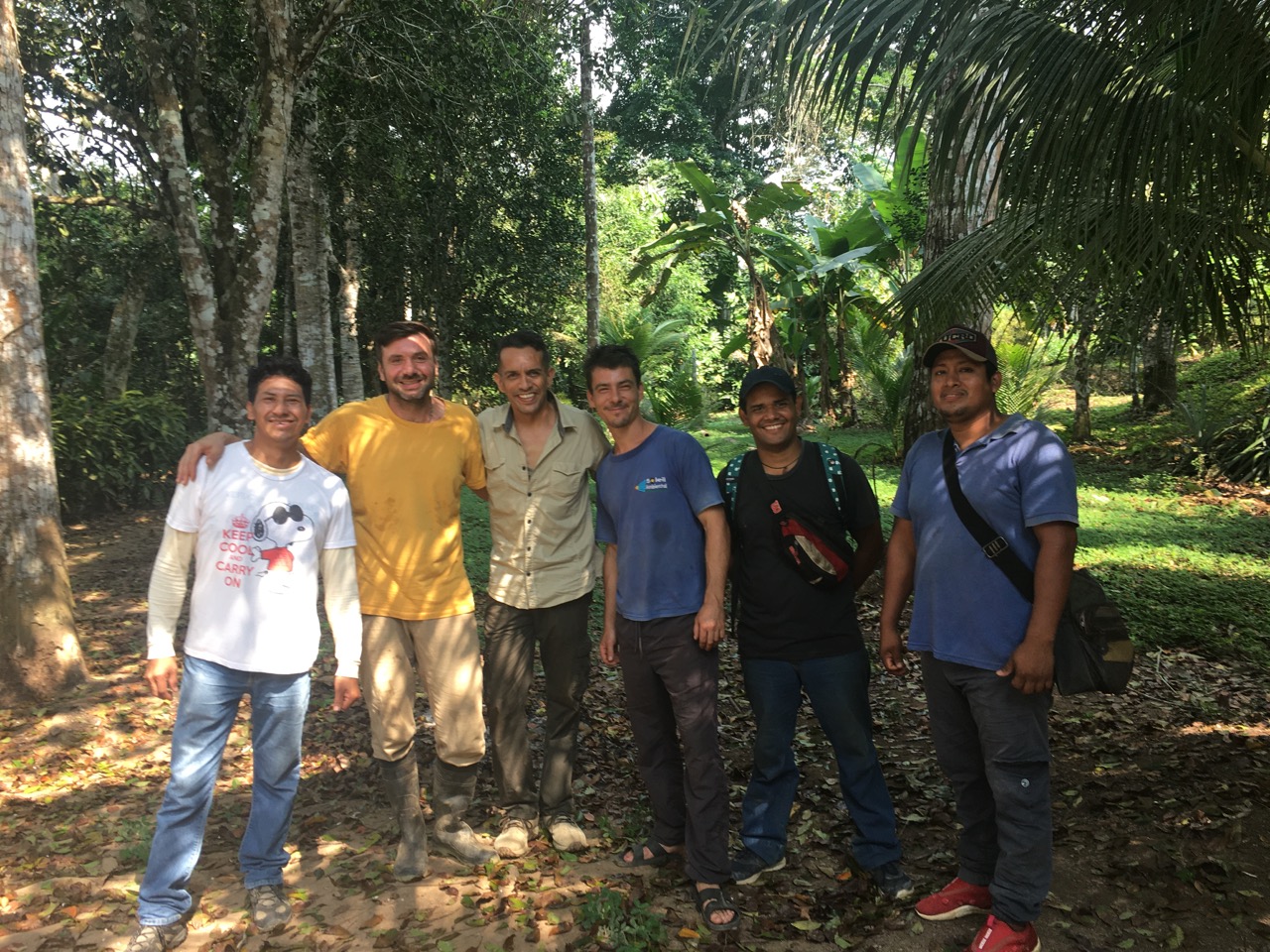 Help us build and sustain a happy and thriving community in one of the most challenging environments on the planet.